How Carrick on Shannon Male Strippers can predict your future 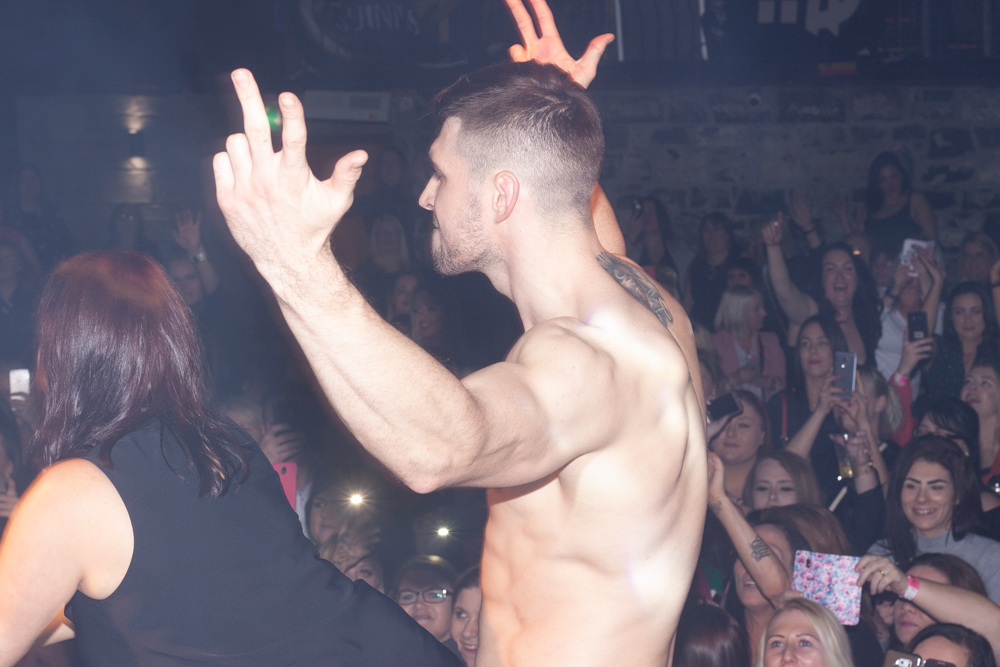 Carrick on Shanon, strippers included is a village. It is officially a town, but with so much of the Leitrim countryside at arms reach you feel like you are in a village from the moment you arrive there. You have the river Shannon and the lush green hills of Leitrim in the package. Also lakes and quiet walks. Then every weekend the centre of Carrick on Shannon turns into the Magalouf of Ireland.

Leitrim is the county that has set up a complex ecosystem for the Stag Party and Hen Party scene. What quiet country pubs are you talking about? A visit at Murtagh’s bar after 12 will transport you in the clubbing scene of Dublin or London… in the nineties. Male Strippers provide not only an opportunity to embarrass the Bride and have a good laugh, but also a test for the future big day.

During the hen party one can figure out which way the wedding is going to go. Or the conjugal life for that matter. One can learn a lot from enduring 48 hours of alcohol and well meant stupidity. Just ask the male strippers that perform regularly in Carrick on Shannon. They can tell you straight away if a wedding or marriage will be success.

Carrick on Shannon before the Strippers

The Strippers in Carrick on Shannon arrived at a crucial time. Carrick on shannon was always a popular weekend break in Ireland. The Shannon cruises were there and the pubs did offer decent pints at decent prices. Then the Hen Party and stag party scene started booming around 2012. It was a cheap and cheerful destination. The crowds preferred it to the pricey Hen abroad options. But the party feeling was initially absent. The Hen Parties were already getting bored with the set activities. How many clay pigeons can a girl shoot in a day? Than how many farms will let the ladies pet their animals. After petting the goats, the ducklings, the piglets…There comes a time when you will end up petting a cock. Then the bars were also looking for some spicy entertainment. There was Clonakilty black pudding on the menu….but how about a nine inch Frankfurter? 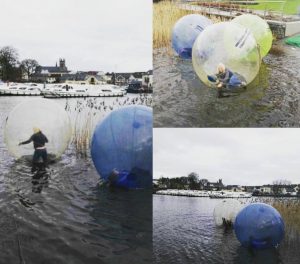 As a consequence the venues started looking for entertainment that would somehow give the feeling of the Spanish riviera. Obviously the sea and the sun was missing. On the other hand they managed to put together a heap of water activities in the river Shannon. Also they brought in male strippers to complete the hen party bonanza. Since that time, Male Strippers Ireland  has worked hand in hand with the likes of Murtagh’s Bar and Club, the Carrick on Shannon Apartments and Hotels and the Dunnes Bar to provide the best professional performers in the scene.

The arrival of male strippers at a Hen Party is a test in itself. Actually the hens react quite differently to the experience and their real characters show without a shadow of doubt. So what kind of Hen Party is your party? Will it be a sordid affair of the ladies loosing their mind and manhandling the poor stripper? Will the venue get the security to remove you from the premises? Or will you be the kind that that leaves mid show shocked at the level of nudity?

Carrick on Shannon Male Strippers & the nut jobs in the coop

Every hen party has that mad friend of a friend. Somehow she ended up on the Hen Night even though all the girls tried to persuade her not to come. We are talking about the kind of a girl that takes no prisoners. She will make sure that all the girls know that she needs to get laid on the Hen Party. She will hit on the barman, the activity instructor, the concierge. You definitely need to hire a male stripper if you have such a gem in your company.

Male strippers are famous for their no b****t approach. If your ‘super friendly’ hen tries it with the male stripper the rejection will definitely send her home. And then the rest of the Hen Party can continue care free. Male strippers know that any hen party with more than 2 nut jobs in the group will lead to an eventful wedding. And if the majority of the group falls into this delightful category then you know that married life will like a coop on testosterone tablets. 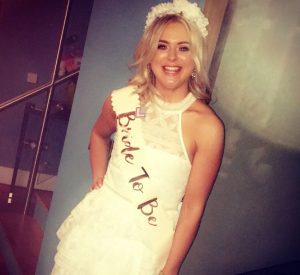 Bridezilla nerves: Carrick on Shannon strippers have the remedy

The Bridezilla phenomenon is real. In the last few months before the wedding, most brides go into hysteria. You will say one thing and they will understand the exact opposite. That’s why its important to be somewhere as far away from reality as possible. The setting in Carrick on Shannon is simple. You get about 15 super pubs in about 500 square feet. You fill them up with offers, get the ladies in. Then get the male strippers in. But first you need to entertain the Hens. Just a few bevvies and a tour of duty around the town is simply not enough.

Most hens are complex creatures. The Bride needs attention and care. Spas usually help. But so do professional male strippers in Carrick on Shannon. They will live up to their reputation and bring the Bride’s fantasies to life. Since a hen party is a game of illusions, one needs to make sure that the bride doesn’t loose it during the stripogram. The performers will make everything smooth and keep the fun alive. If the bride turns into a Bridezilla despite the best efforts, the wedding is going to be a test of nerves for everybody.

Bride sitters or hen sitters : Male Strippers do both

The hens are by default bride sitters. But the best bride baby sitters are the Male strippers or the Buff Butlers in Carrick on Shannon. They will make sure that the Bride gets enough attention. Additionally a Full Monty for the laughs and giggles is what every hen has at the back of her mind. From another perspective, bride sitters or hen sitters are not there only to take care of the hen party. First and foremost they help the venues provide a smooth service to the hen parties.

How much baby sitting do 10 or 15 grown women require? If the stripogram or the buff butler services are not enough, what are the options? Actually one can call it a day and drop the hen party all together. Simply put, a hen party is meant to be a fun affair for everybody. If it is not, this means that either the location or the make up of the group is not ideal. It could also mean that such ladies should not be on a hen party in the first place. If you are on a hen party with a group of people that don’t like to have fun, but need to have fun… Then question that? Are you really ready for an adult party experience? Or should you go to an 18th birthday party instead? Where you can behave like a teenager and demand everything from everybody; right here,

Mother in law woes: Male strippers in Carrick on Shannon for the granny

Every Hen Party likes to be all inclusive. Lately, hen parties are including members of the golden ages more often than not. There is always that crazy auntie or cheeky granny that add extra spice to the party. It is not unusual for the granny to look for a stripogram for herself. Male Strippers in Carrick on Shannon know how to make elderly ladies get an injection of youth. The best part about performing for a mature audience is that they know what they want. On top of that they are not shy about it.  The strippers know that a hen party with grannies is a sign of a good forthcoming wedding. Couples that include their older relatives in naughty shenanigans, know how to party as well as live well. On the other hand, unwise hens that invite their racist aunt Mary to the party can always have a good laugh. All that is needed a black male stripper to deliver his message of universal love.

Fake male strippers pranks are a tradition in Carrick on Shannon. One needs a good set of nerves and a twisted sense of humour. Also you will need some brave volunteer that will pretend to be the male stripper for the bride to be. This is an interesting aspect of the hen party scene. Stag parties are full of pranks, hen parties are not the same. But a good few hens will attempt  to take on their male counterparts. As suspected, the pranks revolve around the stripogram. Mainly because they can blame the male strippers for it. Such pranks are better planned than stag pranks, and executed with much more love and care.  A group of hens that can organise a good wind up is always the forebear of a great wedding.

Male Strippers: Not to be messed with

Indeed there are very few taboos with regard to the male strippers.But the hens that break them suffer the course of at least 10 bad weddings. Trying to invite the male strippers back to your room is the first one. Sadly there are hens that would attempt to abuse him verbally or physically. But such outrageous behavior, is, thankfully, rare. The most common sin is sadly related to payment. There is nothing more embarrassing for a performer than having to wait to get paid.

Let’s suppose that a group of ladies have decided that male strippers and Full Monties are a thing of the past. Like, great fun when you are in your twenties but in your thirties you need soothing classy. Our performers can easily tell that it will be fun experience and the tips will be great. Bubbly and strawberries taste better for breakfast and even better when served by a professional butler. We are talking about the champions of the Hen Party world here. And the breakfast in bed is as tasty as the sexy men serving it.

Call now for the best Male Strippers in Carrick on Shannon

Where’s your ma’ at? Male strippers for Mother’s Day